A BIG THANK YOU TO ALL THE KIDS AND PARENTS THAT JOINED IN THE WORKSHOP LAST SUNDAY.

WE HAD GREAT FUN MAKING AND CREATING WITH THE BAGS! 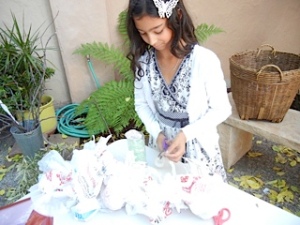 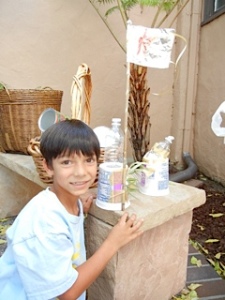 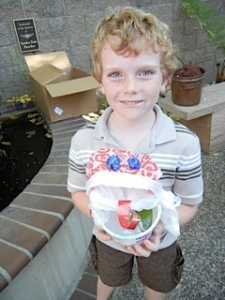 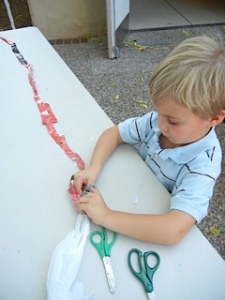 Leave a comment
IN THE MEANTIME I HAVE ALSO BEEN INSTALLING IN SAN JOSE FOR:  WWW.ARTPARTY2011.COM
check this out:
http://content-magazine.com/welcome/?p=5395
THE FINAL TITLE FOR THIS PIECE AFTER FEW FAILED ATTEMPTS IS:
‘SUSPENDED SURVIVAL: HANGING IN, HANGING ON THE ENTANGLED DANGLE’ 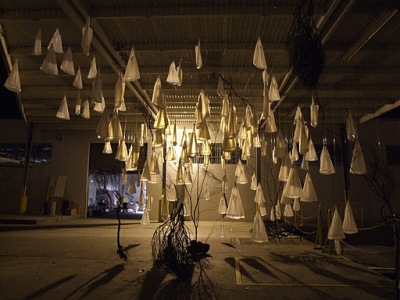 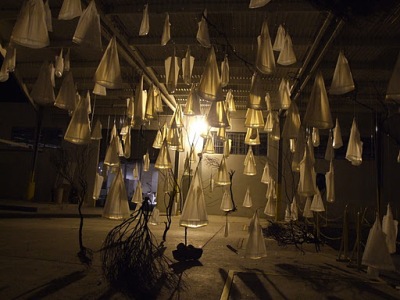 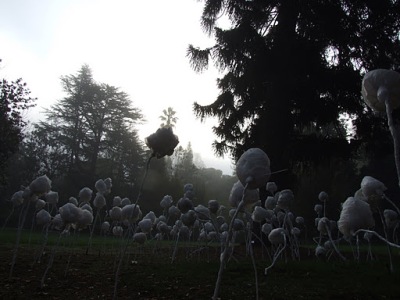 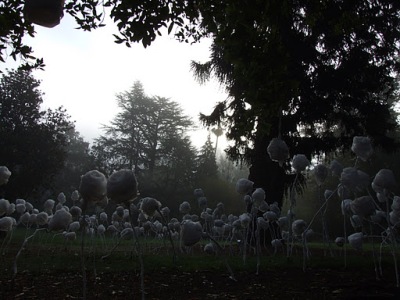 Leave a comment
Pics of my studio with the next 200 flowers in preparation.
No Machine, No factory is as fast and efficient as I am!!
That’s the idea behind it!! 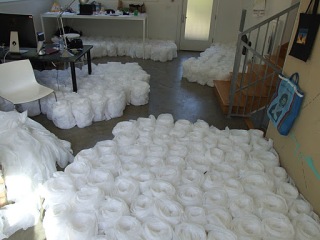 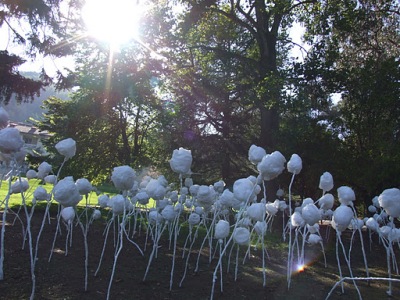 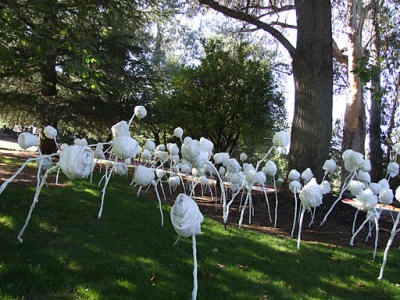 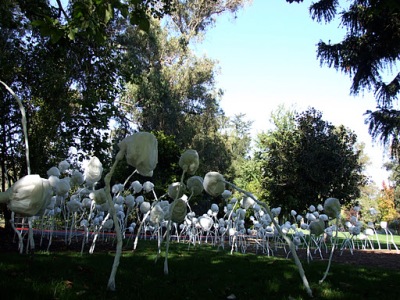 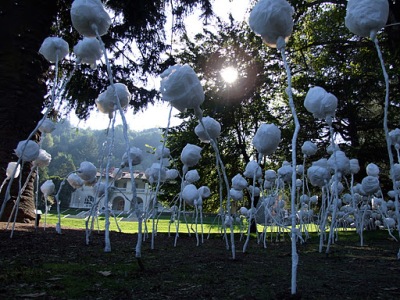 Every Wednesday from 4pm to 7pm I have been gathering with a group of volunteers who have been helping out in the making of the flowers for Montalvo and contributing to the artwork with the making of their own roses which we will finish off this Wednesday and plant along all the other 500 roses already mingling on the loan.

I would like to thank Eve, Sean, Whillow, Judy, Elaine, Annie, Connie and Romola for joining in!

See you on Wednesday! 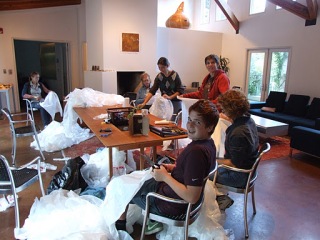 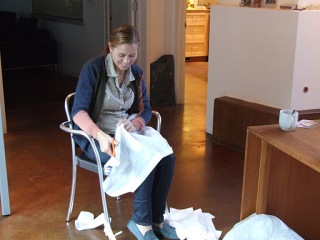 So the next day I had to get back track to catch up with my schedule and plant my weekly 200 roses on the Montalvo’s loan.

I could have not made it  without the precious help and assistance of Albert.
The flowers are set in a random system but imbedded with Albert DNA. He also makes a very handsome model, don’t you think?….My Mum does!…..Once again observing the powers of mother nature!
Here are few pics of him at work 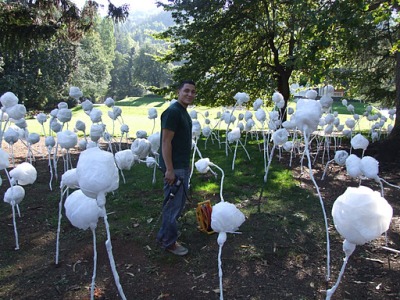 So one day I get up and receive this email:

The British Consulate General, Priya Guha and possibly two Vice Consuls would like to visit the Art Museum to see Claudia’s exhibition between 3-4pm on Thursday.


I was crazy busy but what shall I do? I was not sure, so I went to meet her!


I must be honest, it truly was a great and unique experience and the Ambassador was really quite very lovely.
Her humbleness and gentle way made the experience really special and very much enjoyable if not memorable for me! 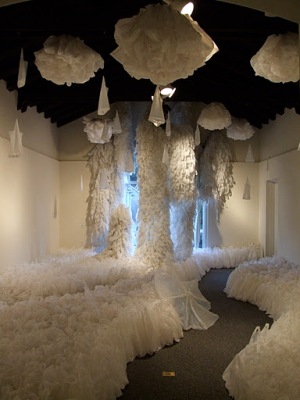 So after the party comes the job of the day after: clearing up the mess!! Not that it was a mess for me, rather a beautiful unordered disorder of 20 thousand bags scattered a bit all over the museum. But it had to be put back in place, re-ordered and arranged to their previous original setting.

It’s never nice to have to tidy up without being creative. But being creative requires time to think things through again and time I just don’t have right now, so on Monday morning I went back to the museum on   a mission:  reinstall all the bags quite exactly how they were before the dancers performance on Sunday.
Initially the idea was to allow change to happen, to recreate that cycle of destruction followed by creation but then again time is the worst dictator so everything had to go back to the status quo! Sometimes an easy and more comfortable solution, no risks involved, no solving new problems, especially with the visit of the british ambassador scheduled for the day after or so.

I also had hoped to leave the destroyed installation on display, just exactly how the dancers had transform it and left it. To me there was something quite unique and appealing in that new landscape, maybe even more powerful than anything I ever could create myself. But as for most of us, human beings, the desire and attraction or need for control and order is a forceful magnet difficult to detach ourselves from and so it also was for the museum that was open minded enough to let few moments of destruction and chaos enter their world.

Hopefully a video documentation of the event will be displayed at the museum.